The Catalyst Network is the world’s largest team building network.  Its members are 50 of the world’s best team building providers.  It’s a pretty unique organisation.  Despite speaking more than 20 languages and being from a vast array of cultures, members collaborate daily sharing best practise.  Instead of competing, they celebrate each other’s successes.

When Oliver Sheer got the brief for a 700 pax VR team building activity for medical technology giant Stryker, he put the call out to the Catalyst Network. It was more efficient to bring in equipment and know-how than to hire it. And, who wouldn’t turn down an offer to run an event in one of the world’s most stunning cities, Sydney?

Alongside Be Challenged co-ordinator Mark Preston and team, the visiting global crew and kit included:

And, very importantly the technical support team from Synergy in Tunisia were on hand prior to and during the event to ensure all went smoothly.

On the day there were 127 headsets needed to run the event for 720 people.  The 103 teams were divided into five groups each one overseen by one of the highly trained Catalyst team building expert. Event organiser, Mark Preston said,

“It would have been impossible without help from partners in the Catalyst Network. Their expertise has been second to none.” 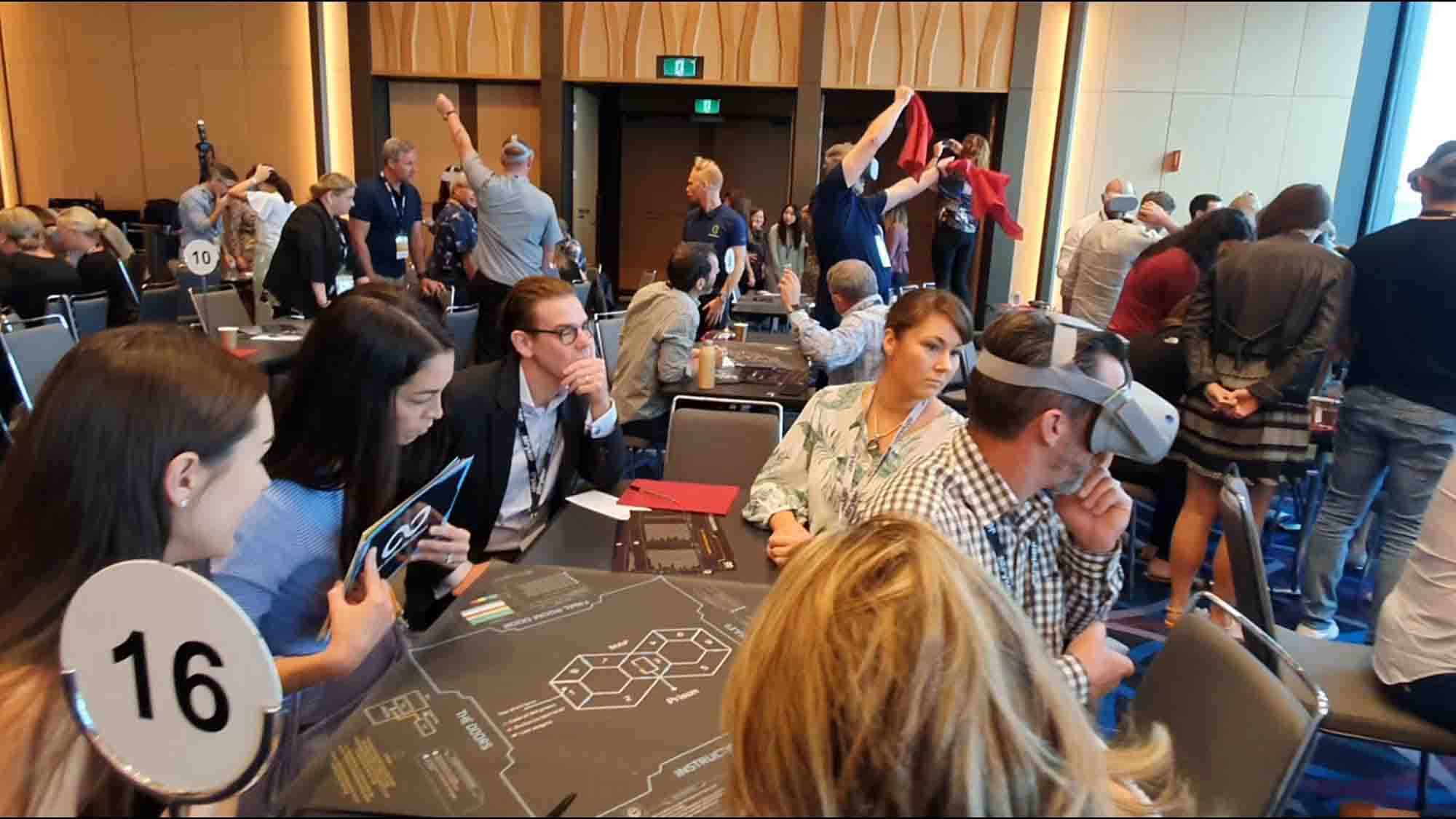 As The Infinite Loop story goes, a young man has been physically absorbed into a VR game. The team’s mission is to go back and forth between the virtual, and real worlds, finding clues to help him return to the real world. It’s a strong lean management business game with a strong learning curve. Iterative learning, combined with continuous feedback, and improvement, makes the teams solve problems in more efficient ways.

Australia had just experienced its worst ever bush fires. During the Black Summer of 2019-2020 at least 34 people were killed with an estimated 19 million hectares and 5,900 buildings destroyed. Participants were spurred on by more than competition! Knowing that points scored would equate to dollars to be given to bush fire relief, just like the firefighters, they did their utmost right until the very end. The event raised $150,000 for Red Cross Australian bush fire relief by Stryker.

Once again, global collaboration made scalability of a world class team building product a reality.