EMERGENCY RELIEF FOR THE PAKISTAN FLOOD 2022 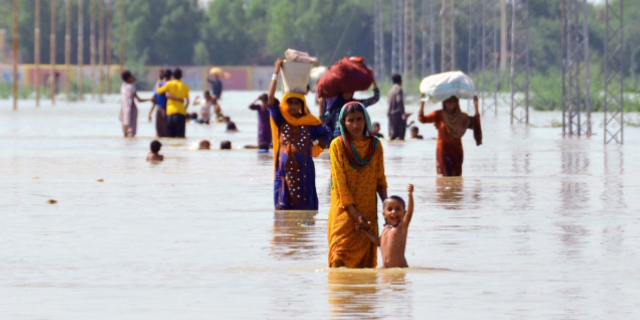 Since July 2022, when someone participates in a Catalyst Team Building program, Catalyst Global is giving to the Pakistan Flood Relief program. 100% of our contribution goes to International Relief Teams. It helps to provide urgent support to as many people in Pakistan as possible.

Since June 14, 2022, Pakistan floods have killed 1,396 people. The floods were caused by heavier than usual monsoon rains and melting glaciers that followed a severe heat wave, all of which were linked to climate change. It is the world's deadliest flood since the 2017 South Asian floods. It is described as the worst in the country's history. Due to the flooding, on 25 August, Pakistan declared a state of emergency.

“The Pakistani people are facing a monsoon on steroids – the relentless impact of epochal levels of rain and flooding,” António Guterres, United Nations Secretary-General.

These record-breaking Pakistan floods displaced nearly half a million people. One million houses are damaged or destroyed. Over 2 million acres of crops have been wiped out, leaving the survivors without shelter or food.

Listen to the stories of the creation and innovation of the world's best team building products.

Meet the team behind Catalyst Global.

Find out how a resistance to commando games led to the development of modern team building.